Japan is known for its small, low-powered waves.

However, in my area, the waves are bigger and more powerful than in other parts of Japan.

This year, however, the waves are generally small and there are many days without waves.

It is very rare in this area.

Many typhoons used to come to our area in summer, but they rarely come these few years.

When a typhoon comes, waves will rise, so we'll have good waves to surf.

Every time a typhoon is expected to come, I pray for the waves to rise.

Needless to say, I pray for no damage at the same time. 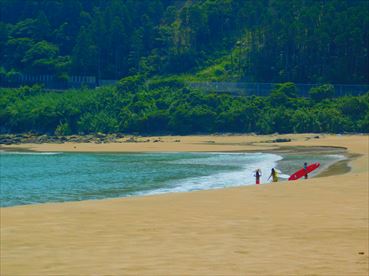 Because of that situation, I haven't been able to surf much lately.

If you don't practice, you'll lose your skill.

Then you have to practice!

The waves were about 10 cm high(!), so it was almost impossible to ride on a longboard for high-performance, let alone a shortboard, but if you chose a singlefin longboard, you could surf.

In my case, I don't have a big, thick board called a "log", but I do have a slightly heavier singlefin longboard, so I chose it.

In this small wave condition, weight of the board is important; weight will help you to get enough speed to take off.

Longboards, especially logs, are avoided to get because they are too heavy and difficult to carry around. 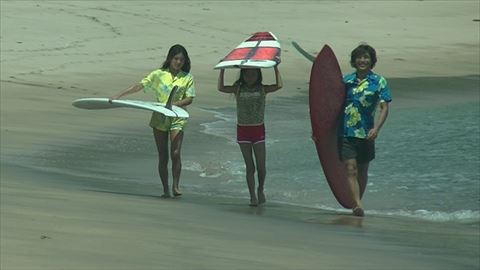 However, that troublesome point will sometimes turn to be useful in such a situation. 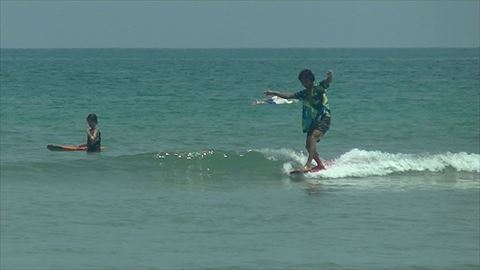 It's a singlefin board I use today, so today's practice is nose riding, especially hang ten.

If you want to make it, balance will be required.

As a result, you can develope your ability of controlling balance to practice hangten on a small wave. 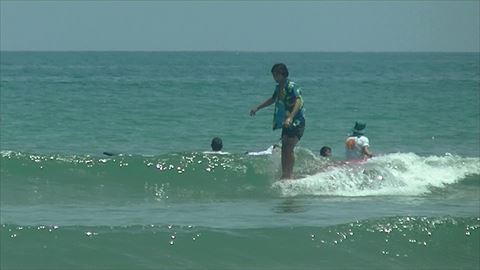 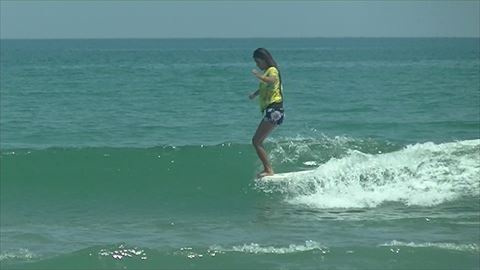 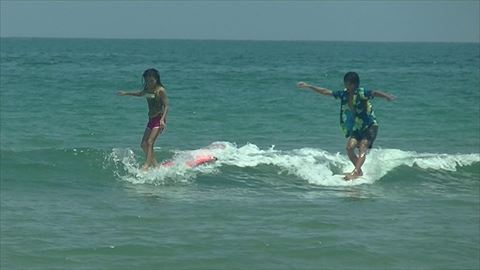 Today I had a good practice on small waves, but needless to say, I hope waves will rise up!