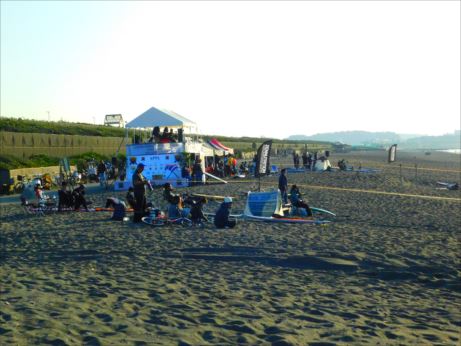 I think the event resulted in success to make a good impression of SUPsurfing, as the participants performed wonderfully.

Conditions are often bad on a day of an event, but this day was perfect with good weather and waves throughout the day. 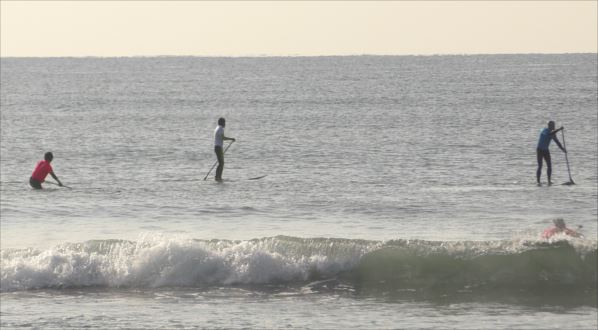 I'm the one in a red jersey on the left side.
My board is small and thin, as it was made for big waves, so I sank into the water to the level of my thigh.

I was having trouble paddling.

Too small and powerless waves!

Later on, the wind became stronger and the waves became junk, and not only I but also other athletes came to have trouble paddling,
Everyone had to get out on their bellies, in the prone position. 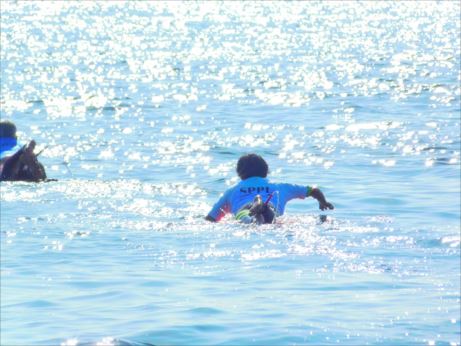 In Round1, there were some regular waves, and it wasn't so difficult for me, a regular footer, to make good performances that made the event exciting enough. 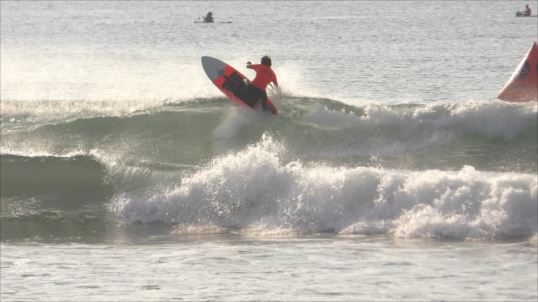 However, in Round3 (the winner of Round1 skipped Round2 and jumped up to R3) and the following QF, there were few regular waves and I wasn't able to make good performances.
As a result, I was defeated by this event's winner of a goofy footer in QF. 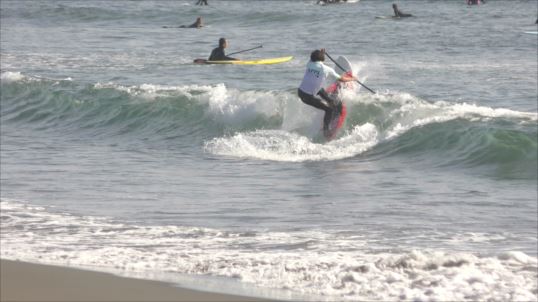 My younger sisters also joined this event, so I gave them some advice watching heats and encouraged them before going to their heats.

It seems I opened up a coaching business, lol. 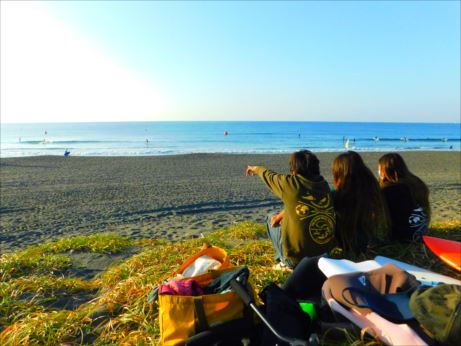 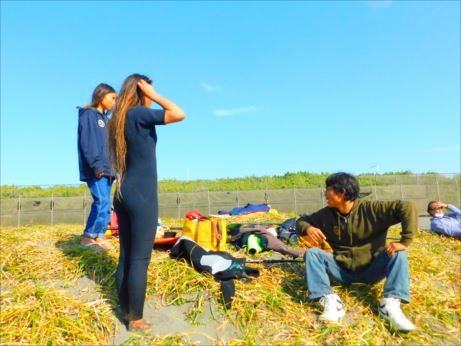 The younger one, for whom this was the second time to join events, was so nervous that she wasn't able to perform as usual, and as a result she was eliminated in Round1. 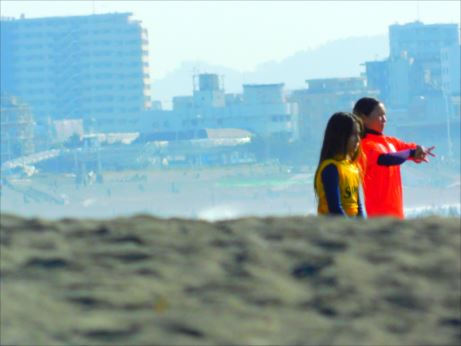 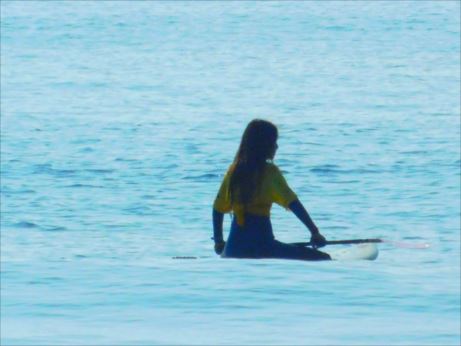 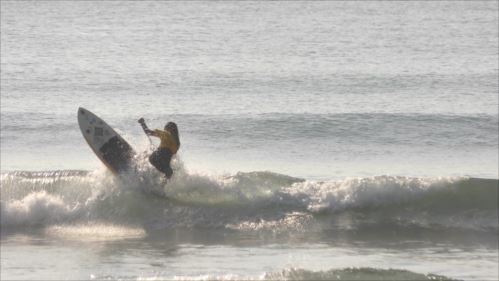 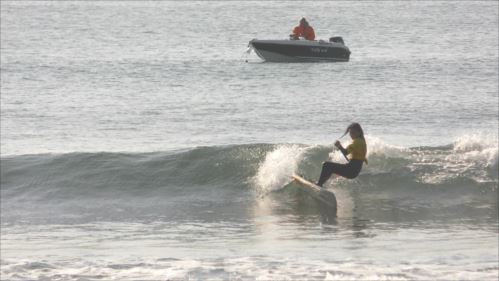 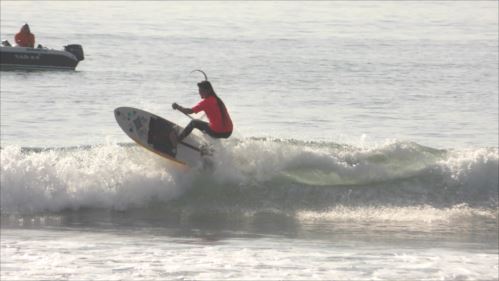 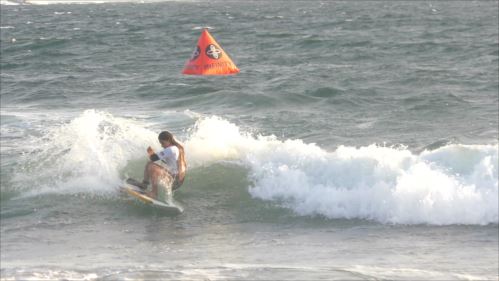 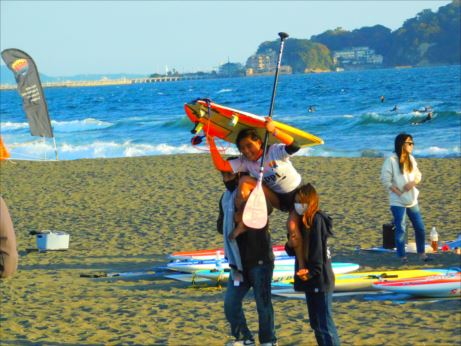 SPPL is planning to held some events next year, so look forward to them!

Mt. Fuji evening glow. It's nice to be able to surf watching the beautiful scenery! 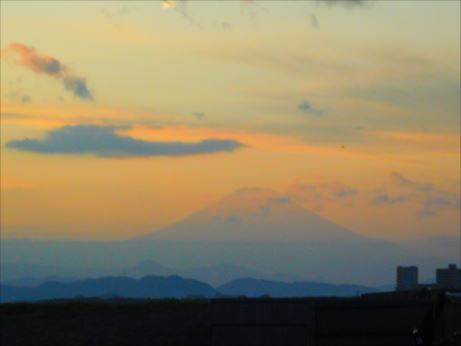