I was hospitalized for a week for a tumor removal surgery and got out of the hospital the day before yesterday.

Thank you all for worrying about me and encouraging me.

The symptoms, which became pronounced during the second stop of 2019 WSL World Longboard Tour, didn't disappear even after a while, so I went to the hospital to be checked.

Then I found out that I had a tumor in my nose.

The doctor said that I needed to have an operation to remove the tumor.

According to the doctor's explanation, the disease that was initially suspected could be treated with medication, but this was not the one but a tumor, so it can't be cured by medication but it can only be cured by a surgical operation for removal.

At the same time he said that I would be able to improve my surfing performance if the tumor was surgically removed because I would no longer have the health problems that had been annoying me.

So I decided to have an operation.

The doctors succeeded in removing the tumor completely and there seems no possibility of tumor recurrence.

After the operation the doctor said that the tumor could grow and damage the eyes and brain near it if it was left untreated.

I was lucky that the tumor was detected early. 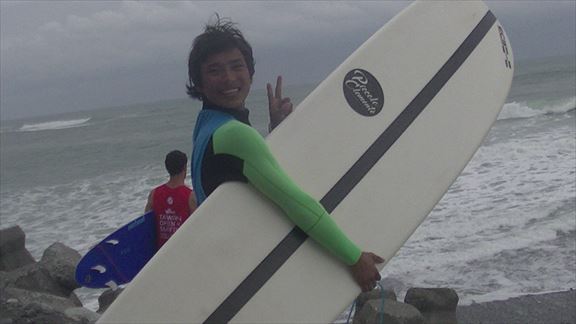 I won't be able to surf for a while, but I'm already back on social media, so please stay tuned and wait patiently for my getting back into surfing.